Graffiti artist Rogier Righart was awarded, by the borough of Amsterdam West, to carry out a plan to constitute a graffiti Wall of Fame in the neighbourhood. The programming committee of Broedplaats BOUW, consisting of Peim van der Sloot and myself, were approached by the borough to see if this would be possible on our building. After calculating the costs and getting the necessary approvals by the building’s owner we started planning the artworks for the higher levels of the walls. For these works the people of BOUW were invited to send in plans to participate in the project. 5 artists: Bob Waardenburg, Iris Box, Josha Roymans, Peim van der Sloot and myself send in our work to participate in the project, led by experienced muralist ZEDZ. The ground level walls were and are on a regular basis being painted by Rogier and his crew.
I had just done my exhibition ‘Homage to Albers’ in De Bouwput and was very inspired by the subtractive color mixture exercise where illusion of mixture is achieved by using opaque colours. For this project I wanted to work with the same exercise and created the here visible mural. Our work was revealed during our biannual BOUW Open event in June of 2019. 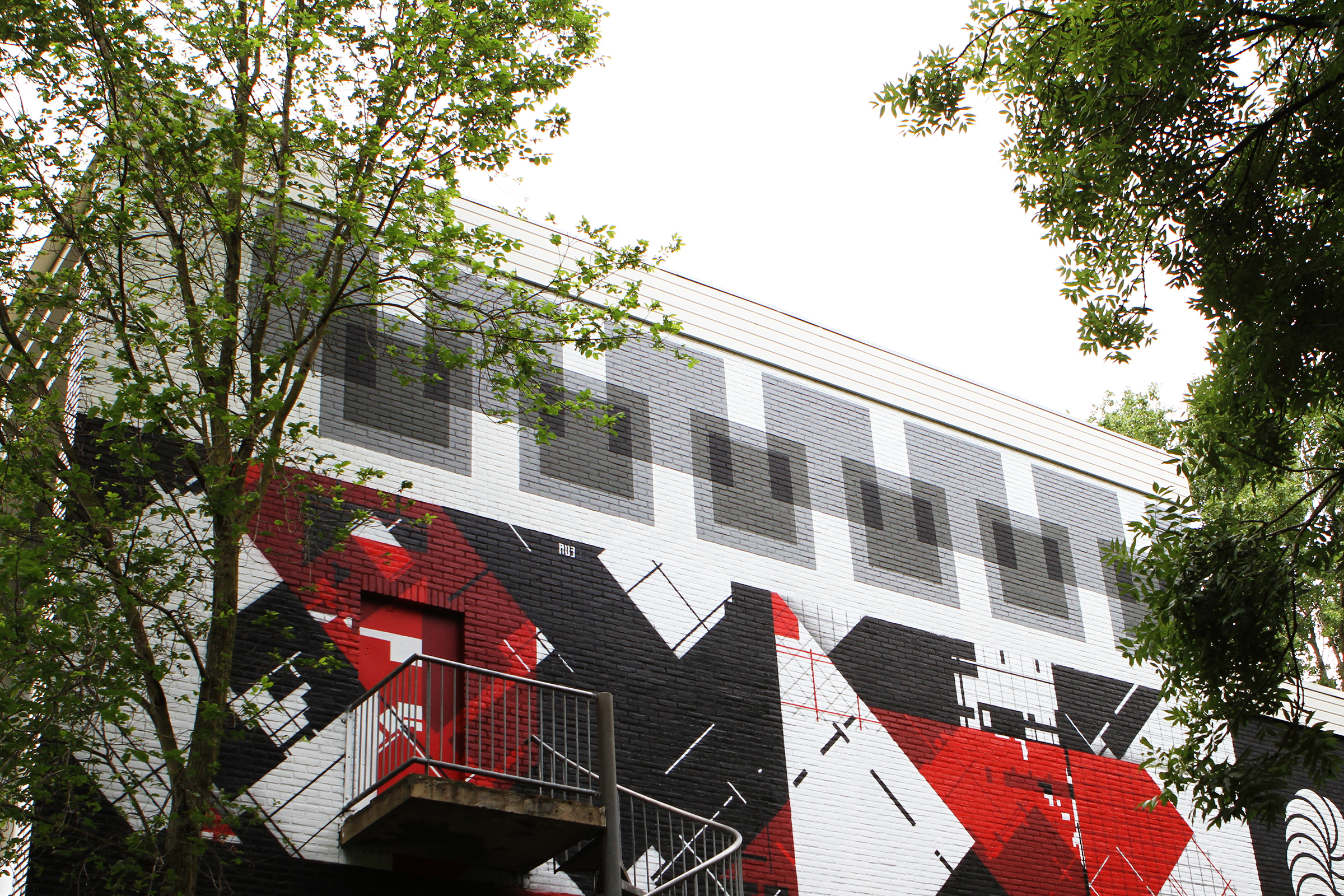